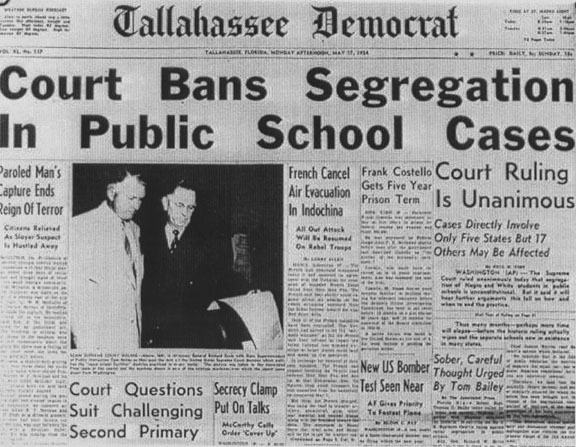 If you care even nominally about racial equality and equal educational opportunities for every student, please read this with open eyes.

We cannot allow cities in Georgia to create their own independent school districts.

Before I make my case, I will say two things: First, I don’t think people advocating this course of action are necessarily overt racists, and second, I can understand the appeal of local control. I really can.

Most people will agree that those actually living in a community will understand the issues facing that community and will be able to make the best decisions regarding the schools for a particular community. This article by DeKalb County School System board member Stan Jester articulates many of the benefits of a locally controlled, independent school system.

However, this is not the only consideration when discussing Independent School Districts (also referred to as City School Districts). I hope that as people spend a little more time thinking about the deeper implications and effects of this, they will perhaps choose differently.

Representative Tom Taylor of Dunwoody, one of the wealthiest suburbs in metro Atlanta, wants to have the Georgia Constitution amended to allow cities created since 2005 (eg. Johns Creek, Sandy Springs, Dunwoody, Brookhaven, Peachtree Corners, etc.) to create their own school districts (HB 784). He tried to get this bill through the legislature during the 2013-2014 legislative session. It failed. This past 2014-2015 legislative session saw the bill fail again, but this time it included any city, not just ones created since 2005 (HB 4).

If you are zoning out by now, let me bring you back. To me, this is a civil rights issue. Most of these cities are predominantly wealthy and white.

If you find this hard to believe, consider the story of the integration of Kirkwood Elementary School. Read the story in Atlanta Rising, The Atlanta Paradox, or any other book that chronicles how Kirkwood Elementary announced on a Friday in 1965 that they would be integrating their students the following Monday. Over the weekend, all but 7 white children left the school and almost 500 black students started school the next Monday. The school was officially “integrated.” (See an online version of the excerpt from The Atlanta Paradox here.)

In order to avoid these situations during the 1960s and 70s, whites moved outside of the Atlanta city school district and into DeKalb County, where there weren’t as many black families. But as more middle class and working blacks were able to afford to move out of the city of Atlanta and into a better school district, whites began leaving DeKalb and heading for Gwinnett and North Fulton. One individual who attended a mostly white high school during those years told me privately a few months ago that blacks had “ruined their school” when they had arrived at her high school in the 1980s.

DeKalb County, along with 109 other school systems in Georgia (including Atlanta Public Schools and Fulton County), needed additional government oversight during the 1960s and 70s to ensure that desegregation was, in fact, happening.

Once a school system demonstrated that it was desegregated in six categories (called Green Factors) and unlikely to return to segregation, they were placed on “Unitary Status” and the system was then free from federal oversight for the indefinite future. (DeKalb, Clayton, APS, and Fulton have all attained Unitary Status.) For a really long document from the U.S. Commission on Civil Rights explaining this in further detail click here.

And that brings us to the cityhood movement of today — and their quest for city school districts.

Apparently white flight has reached a limit as to how far they are willing to “fly” to escape integrated schools. Nowadays, people don’t state directly that they don’t want their children in schools with children of other races – they make the case against having their children in school with children from poor families or troubled backgrounds, many of whom happen to be Hispanic or black. While de jure (or legal) segregation does not exist, de facto (what’s actually happening) segregation is, sadly, very much alive.

This is why independent school districts are problematic: allowing cities to create their own school districts in Georgia would only exacerbate the problem of de facto segregation. The only kinds of cities that could even support their own school systems financially would have to be ones that had a wealthy tax base, and this would result in a myriad of problems, including segregation of socioeconomic classes and (many times) race.

Creating an independent school district would not only allow these cities the ability to cut off families who could not afford to live in their city limits, but it would also remove a significant amount of funding from the county systems that they are currently a part of.

These school systems already have a difficult time spreading their thin budget to meet the needs of the county-wide system, so removing their wealthiest taxpayers would further limit their ability to attract teachers and administrators with competitive salaries, maintain school buildings and properties, and provide materials for extracurricular activities (i.e. sports fields/stadiums, band equipment, art supplies, etc.) – among other things.

If any of this resonates with you, please take the time to figure out how you can advocate against independent (city) school districts and other isolationist policies. I’m not trying to make anyone feel guilty for unintentionally playing a role in these types of things. (Heck, I grew up in the Atlanta suburb of Gwinnett and went to a predominantly white high school with only a handful of black students in the entire school.) But I am trying to raise awareness so that people can understand that their actions don’t occur in a vacuum and that we must consider how our individual actions impact others.

A few ways you can personally get involved:

1. Join a Local School Advisory Council (LSAC) at one of the local schools (elementary, middle, or high) you are zoned for. Visit your district webpage for more information.
2. Join or begin a Parent Council in your particular region or cluster. (An example for Fulton County is available here, and a list of Parent Councils in DeKalb County are listed here.)
3. Attend Community Input Meetings at your local school board meetings. Here you can speak before the entire board of education and interested members of the community. Check on your district website for more information about when these occur.
4. Reach out to your state representative or state senator or local school board member and personally explain your concerns. They are elected to represent their constituents, so why not let them know what you think. Click here to find your state legislators.

If nothing else, hopefully you will begin having this conversation with those you know. Kids and their life outcomes are greatly affected by education, and every student deserves a chance to succeed. Let’s try to figure out the best way to do that.

l’m passionate about public education, especially its role in fighting poverty. Education gives people a chance to succeed, even when the odds are stacked against them. Rebekah taught English for six years at Berkmar High School in Gwinnett County Public Schools and for two years at Cross Keys High School in the DeKalb County School District (both Title I schools). During her time as a teacher, she coached volleyball and basketball, served as the Co-President for the Berkmar High School PTSA, participated as the teacher liaison on the School Council at Cross Keys High School, and helped spark the student-led initiative Unify BuHi. In the past, she has also worked for the Center for Pan Asian Community Services (CPACS) doing advocacy and civic/community engagement. She has served on the Board of Directors for Presencia, a non-profit located on Buford Highway that exists to provide economic, educational, and social support to refugees and immigrants through after-school programs, job creation, and leadership development. In addition to this work, she has also worked for the Atlanta Children’s Shelter and for the Latin American Association teen summer program. Throughout the past few years, she has spent her time co-founding Vecinos with an incredible group of Cross Keys cluster students, alumni, and residents to establish a community association within the apartment complexes along Buford Highway. The idea of vecinos or neighbors working alongside one another is integral to the idea of a strong, healthy community. This year, Rebekah begins studying law at Georgia State University. She also serves on the Doraville City Council. Rebekah lives in Doraville, Georgia, with her husband, Andrew Morris, who works for the Metro Water District at the Atlanta Regional Commission. She has two beautiful daughters. Please email rebekahcmorris@gmail.com with any questions or concerns. To submit a guest piece, please send the article (up to 1400 words) and a brief biographical note.